Need help with a charitable cause, medical bills, family emergencies, new school programs, anything you can think of...create a fund in 5 minutes.

Free to download right now on the Apple App Store - download the MagicFund app and set up your fund in less than 5 minutes.

Take two minutes to record a message about your fund - re-record the message after certain goals and milestones are met.

Spread the message far and wide, receive donations immediately - no need to hit your fund goal. 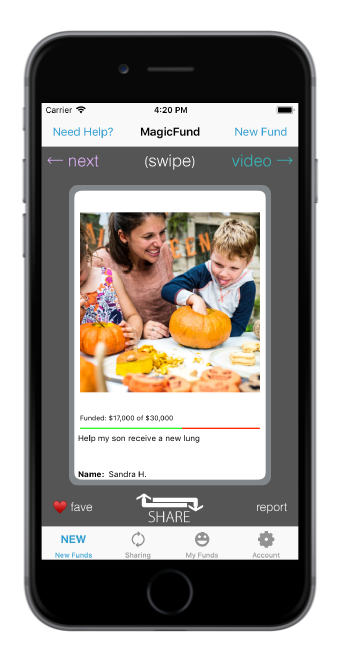 See a cause you can get behind? Share it with all your friends and people in your network. Encourage people to donate, help the fund achieve its goal, and make a 10% commission for your efforts.

Scroll through our New Funds section to watch fund videos and pick a fund to share on your social media.

Receive a 10% commission for every donation given through your shared links. Help other people reach their goals. 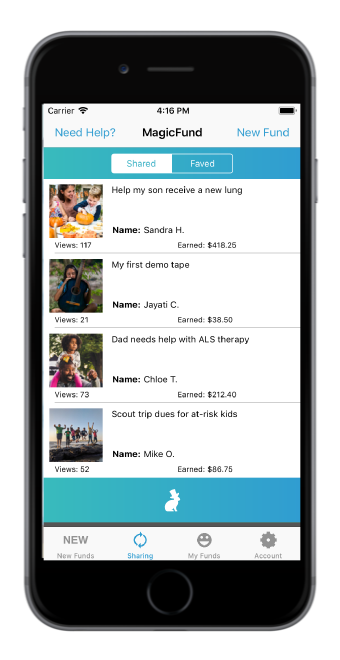